Nobody is Talking about the Minerals

The real reasons for waging war are rarely transparent. Ideological differences associated with nationalism may be used as a front to garner support from the masses, but patriotic justifications blanket the economic motives.  A steel embargo sparked the Japanese to declare war on the US and bomb Pearl Harbor. Oil was an unspoken motive for the US invasions of Iraq. And forty years of war in Afghanistan? Nation building or an interest in mineral resources? Ukraine is no different. The real reason why Ukraine is a headlining pawn in the East-West, not-so-cold war standoff is hidden among the rocks and the rocks are white. White gold. The new oil. Lithium.

2021 Timeline of Lithium Mining in Ukraine

The 2021 announcements on lithium mining and production in Ukraine coincide with Russia’s plans for sending troops to the border. In May 2021, DTEK, the largest private investor in the energy sector in Ukraine, announced the official launch of Ukraine’s first industrial lithium-ion energy storage system. The announcement followed a 2020 agreement with the American company Honeywell. Although it is a small pilot project, the power plant is hailed as good news for the EU Green Deal because it is a step toward de-carbonization for Eastern Europe.

The idea of Western companies moving in to capitalize on lithium mining and production in Ukraine could not have been welcome news for Russia. By July, Putin must have been getting chronic indigestion as he learned that the EU and Ukraine were launching a strategic partnership to use raw materials. Lithium being the highlighted raw material as it is needed for the battery gigafactories currently being built in France and Germany.

Coinciding with Russia’s move to send troops to Ukraine’s border in November 2021 came news that an Australian mining company, European Lithium, was securing two lithium deposits in Ukraine in its attempt to become the largest lithium supplier in Europe and reap the profits of being a major link in the battery supply chain.

…there isn’t an infinite supply of lithium on earth…If the production of electric vehicles continues to rise, will we run out anytime soon, and what are the consequences if we do?

The great transition to green energy is dependent on lithium-ion batteries for electric vehicles (EVs) and electrical storage systems. With at least 13 new gigafactories coming online by 2025 in the US alone, the world’s appetite for lithium will increase exponentially. Whereas some predictions in 2015 estimated the world’s lithium reserves could last as long as 365 years, more recent predictions claim that the growing demand for lithium will outpace the supply of all known lithium projects within the next decade or so. That is scary because an energy shortage is a prescription for a number of disasters with WAR topping the list.

Is Lithium the New Blood Diamond? 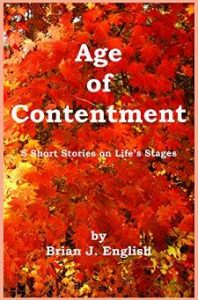